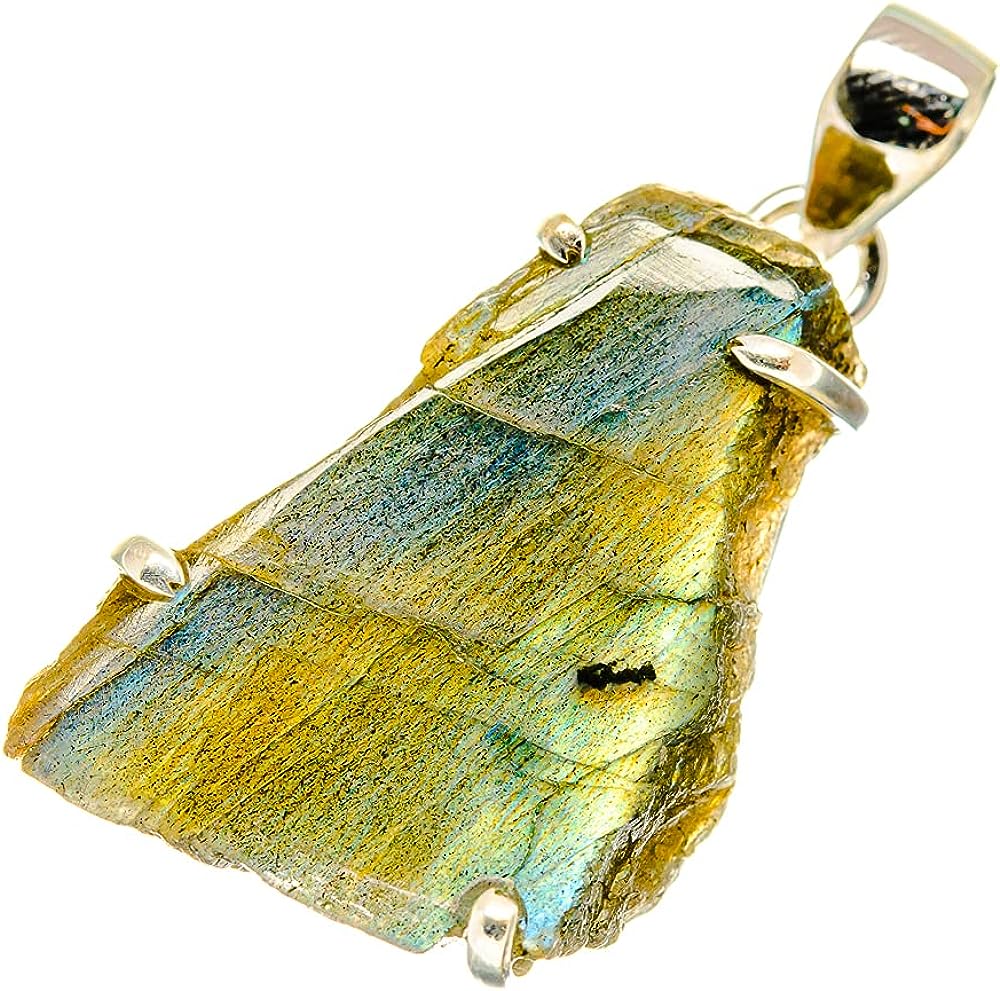 This stunning Labradorite piece was handcrafted by one of our talented artisans. It is set in precious solid sterling silver, hand polished to a brilliant luster. Most of our pieces are one-of-a-kind, so what you see in the photo is what you'll receive.

Some gemstones we use in our jewelry are Coated, Dyed, Heat treated or Irradiated.